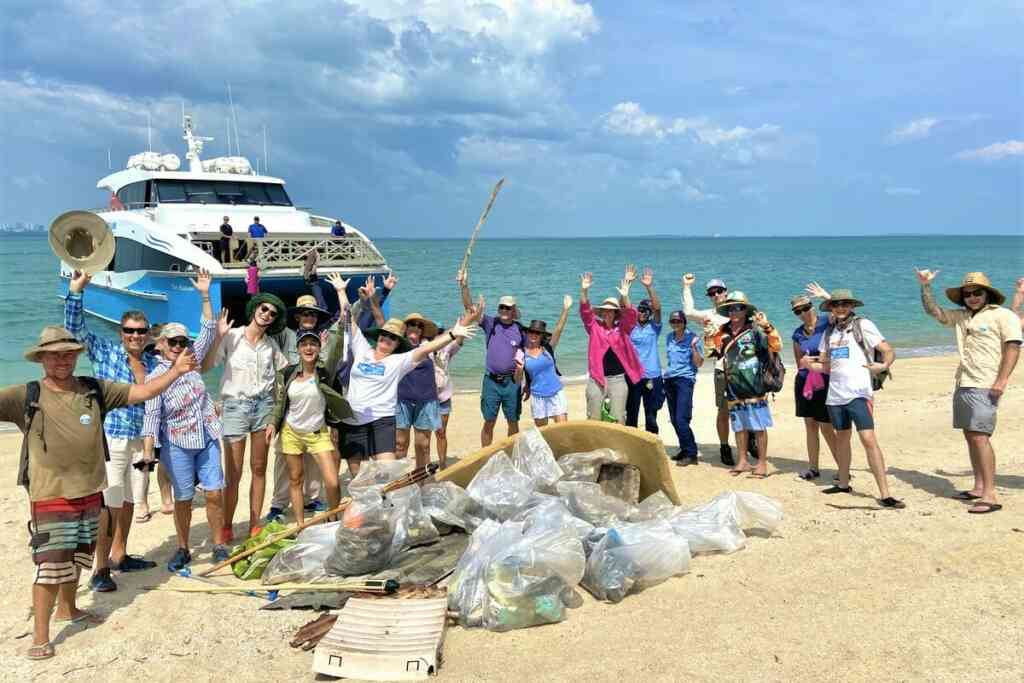 Supporting the cause, SeaLinks’ vessel the MV Tiwi Mantawi, was the only vessel large enough to access and deliver 35 passionate volunteers from Keep Top End Coasts Healthy (KTECH)  to the stunning Mica Beach across the Harbour. Known for the glittering sand and colourful cliffs, this beach is a favourite hideaway for fishermen, campers, and locals alike.

In just 2 hours the KTECH volunteers collected over 20 bags of rubbish and a plethora of degraded camping gear, mattresses, and rusted metals.

A few kilometers along the coast over at Mandorah, a similar event was happening with the Wagait Beach community and resident of the Cox Peninsula helping to clean up their side of the Harbour with the support of SeaLinks smaller vessel, MV Tommy Lyons.

By the end of the day 2.099 tones of rubbish was collected, weighed, and recorded by Tangaroa Blue. Larrakia Ranger and Darwin Harbour Clean-up event Coordinator Gabrial Millar says;

‘Along with removing rubbish from the harbour the main aim of the Darwin Harbour Clean-Up is to raise awareness of the sources and effect of rubbish ending up in the sea and to encourage everyone to bin it or take it with you,’

A big thank you from SeaLink NT and the Darwin community to the Larrakia Rangers for organising, providing lunch, and promoting to the community the message of ‘bin it or take it with you’. 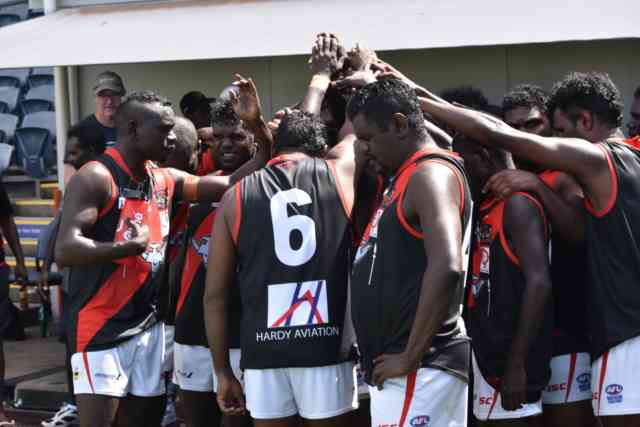